Board of Ed Bids Emotional Farewell to Retiring Superintendent Dolan

At the Board of Education's Jan. 12 meeting, the East Islip School District bid an emotional farewell to Superintendent John Dolan, who will retire effective Feb. 3. Since taking over the reins in 2015, Dolan has overseen a renaissance of stability and growth in the district’s schools and staff, and his heartfelt manner and accomplished legacy will not be easily forgotten by a grateful school community.

“John was just perfect for East Islip,” Board of Education Christopher Zachry said. “When I think back to where we were when John took over, from the team down to the academic programs to what this place looks like, compared to eight years ago it’s just a totally different place. He always gives credit to the Board and his team, but really John deserves a lot of the credit for this.”

Zachry saved particular praise for Dolan’s stalwart leadership during the COVID-19 pandemic, his assembling of a strong central administration team and his selfless volunteerism for the community. Calling him “East Islip’s adopted son,” Zachry presented Dolan with an honorary diploma and announced that the Early Childhood Center, where this and many other Board meetings are held, will be renamed the John V. Dolan District Office Building in his honor.

“The work you’ve done here has not only impacted the staff and children that are here now, but for generations to come,” Zachry said.

“This has been the most incredible eight years of my career,” Dolan said. “From the bottom of my heart, I got a lot more out of East Islip than I gave to you. Thank you for letting me serve. I look forward to the next chapter here in East Islip. This is a great town with a great school district, and it’s only going to get better.”

Replacing Dolan will be current Assistant Superintendent for Instruction and Personnel Paul Manzo, who had been named interim superintendent, effective Feb. 1., at the Nov. 17 board meeting. Manzo came to East Islip in 2016 after 14 years with the Sachem Central School District. 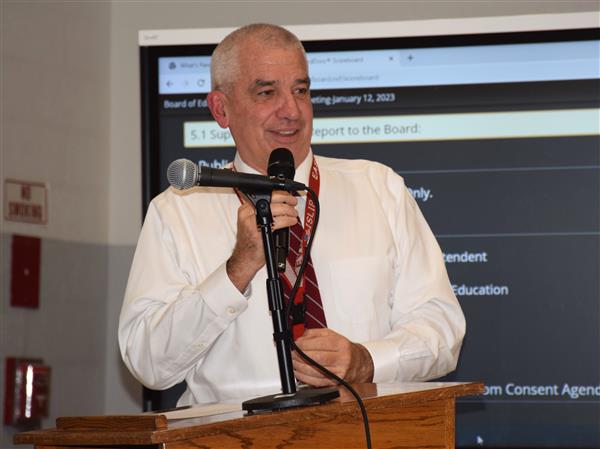 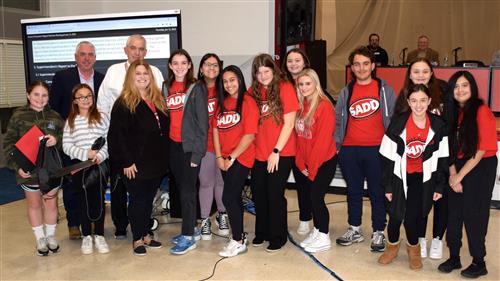 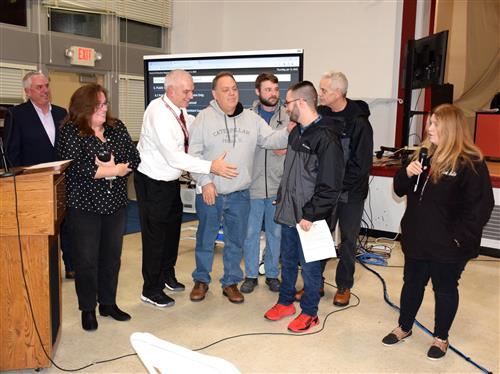 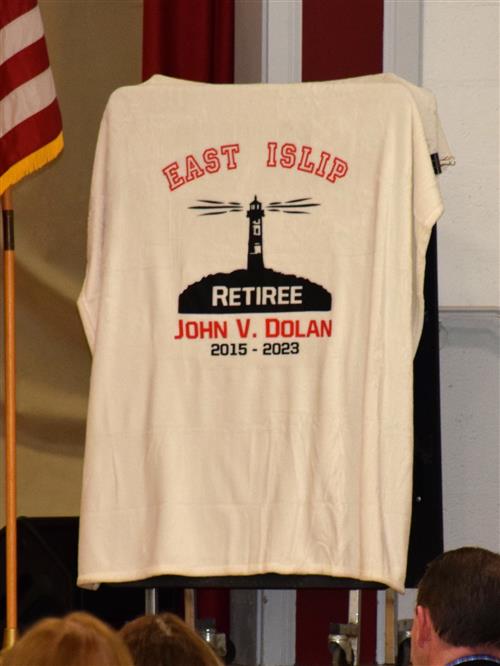 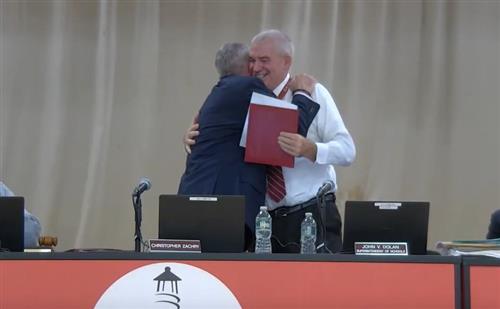